As some of you may have noticed, the big rewrite and the introduction of the new card screen caused a favorite feature to disappear - the full screen modal card. Well, it’s coming back. 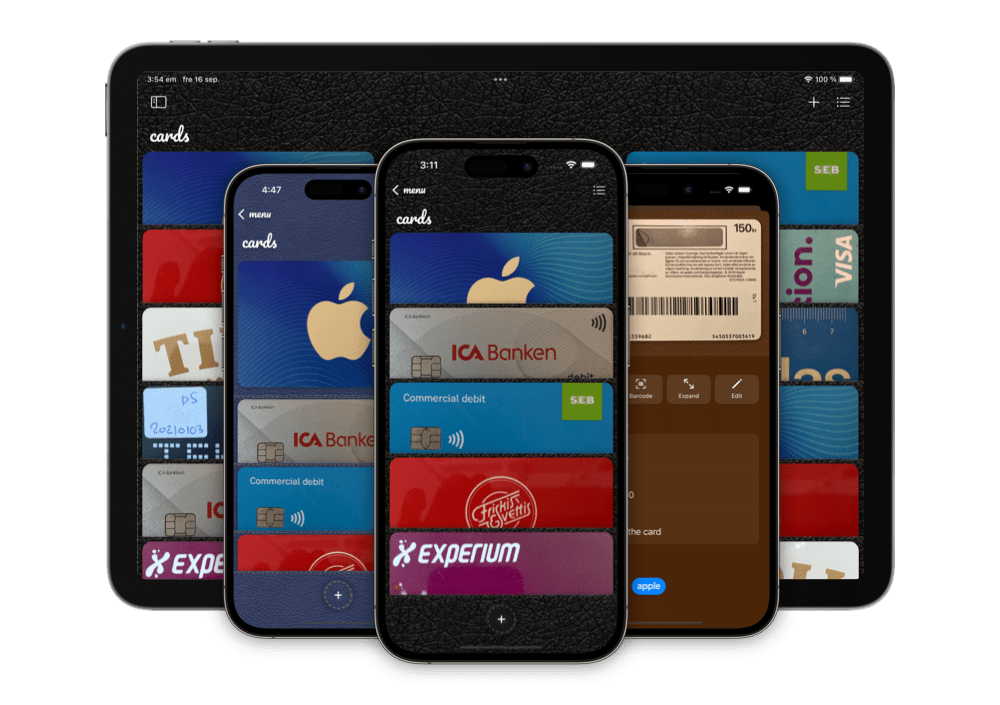 As Wally was rewritten from scratch, some features had to be pushed into the future, to get the new version into the hands of users and get some initial feedback.

One of the pushed features was the full screen modal card, since it had no natural place on the new card screen, or at least not an obvious one. However, after a painful 1 star review, it was clear that this feature had to be brought back.

So, in the upcoming 3.3 version, the full screen modal card is coming back! Phones will have a scan code button that loops through the various scan code types, which frees up a place for an expand button. Tapping this button presents a card overlay in landscape, so that you can view your cards in great detail.

The modal overlay is not coming to iPad, since that screen is already big The iPad will therefore keep the two scan code buttons that it already has.

Wally 3.3 is currently being beta tested, but will be released to the App Store shortly.